Netcode for Game Objects on Arbitrium#

This guide will help you create a headless server on Edgegap for a Unity project using Netcode for GameObjects as its networking solution.

We will use the open-source sample project 2DSpaceShooter from Unity Bitesize Samples as an example.

This guide was written using Unity 2021.3.8f1 LTS on Windows to produce all Unity builds. The Docker part was made using Linux Mint Cinnamon 20.3.

Get the base project#

To begin, copy the sample project. This guide uses the project at this commit.

Open the project in Unity, open scene Assets/Scenes/netcode. Hit play in the editor and choose Host (Server + Client) to test the game locally.

Dedicated Game Server (DGS) mode is the mode used by Netcode when you call NetworkManager.StartServer().

We need to change the sample HUD provided. The idea is to automatically start Netcode server if the build is a Unity server.

At the end, modifed part of NetworkManagerHud.cs should look like this: 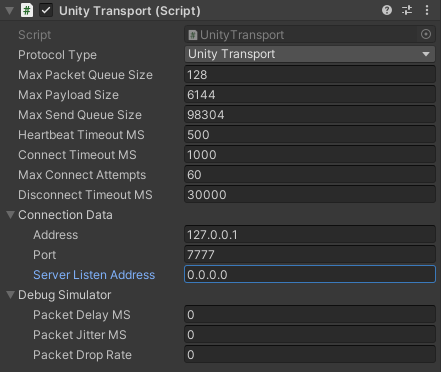 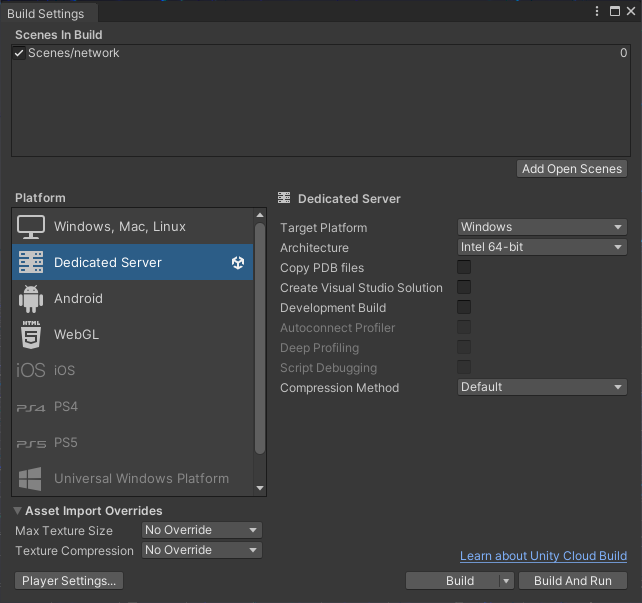 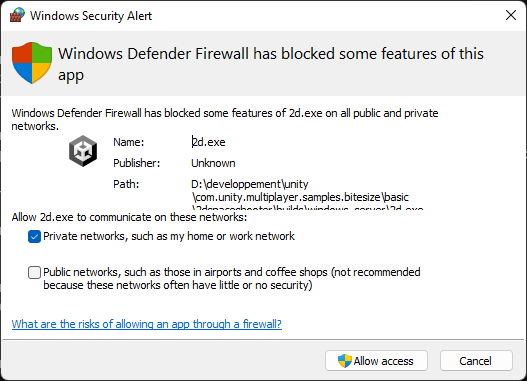 The sample as latency issue, game might have a different feeling when running the server on an other machine, even with very low local network latency. Unity Documentation

This method of running physics makes sure that there are no desyncs or other physics issues between the client and server, but it introduces more latency. With future prediction support of Netcode, the latency will no longer be an issue which makes this the best choice of a movement model for a game like this.

In this part, we will create a docker image containing the dedicated game server. You might also be interested in reading Unity on Docker. 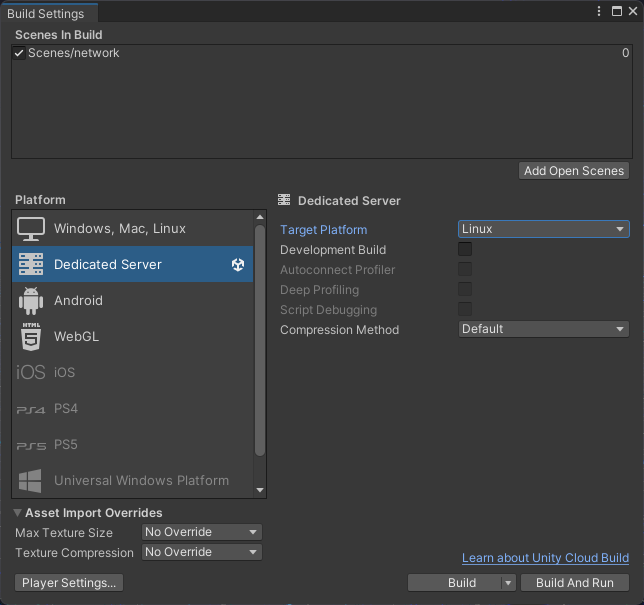 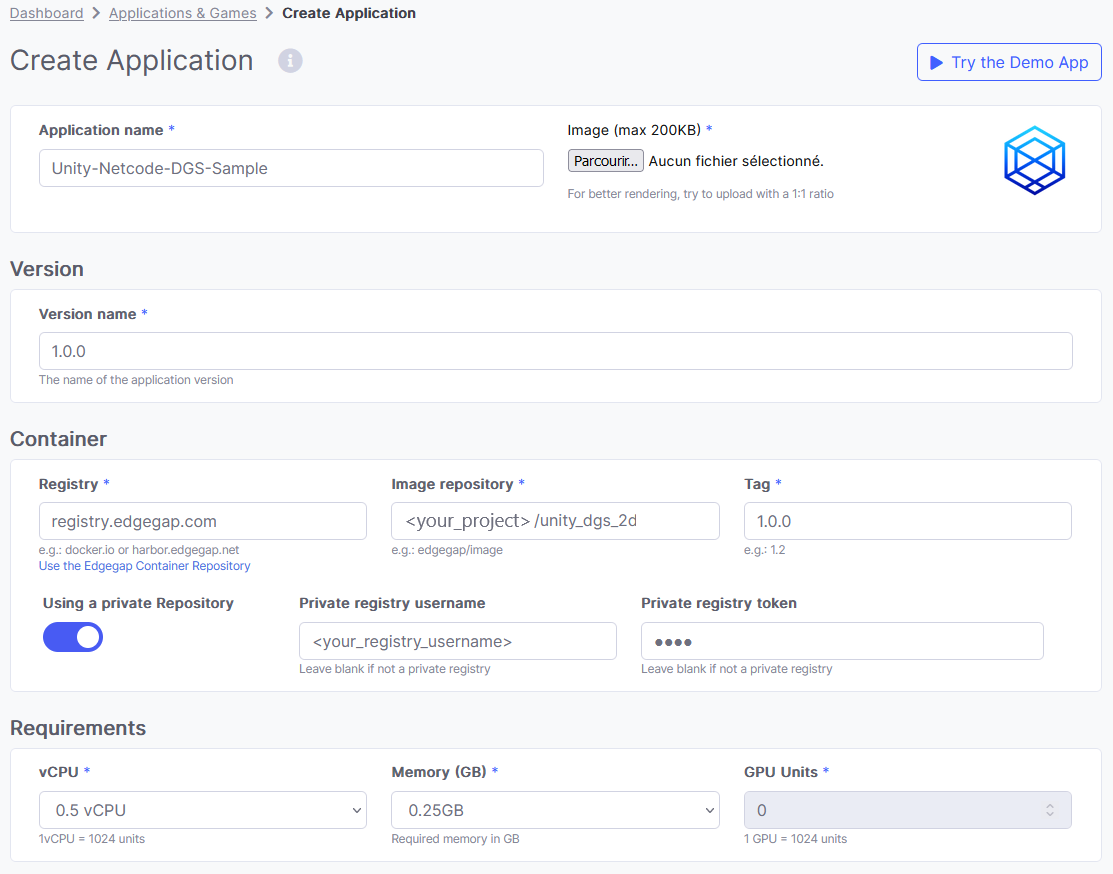 Of course, a player won't do all these steps, so let's automate this!

This HUD is great for this sample, but you should not send your credentials in a player build. You should have your own API to be sure a player doesn't abuse the system and launch too many deployments or kill other players' deployments.

Feel free to look inside EdgegapSampleHUD.cs.

The most important thing is to get your deployment server IP and port from Edgegap API, and then put the value automatically in your transport, before starting the client.

You can get the final sample on our GitHub.